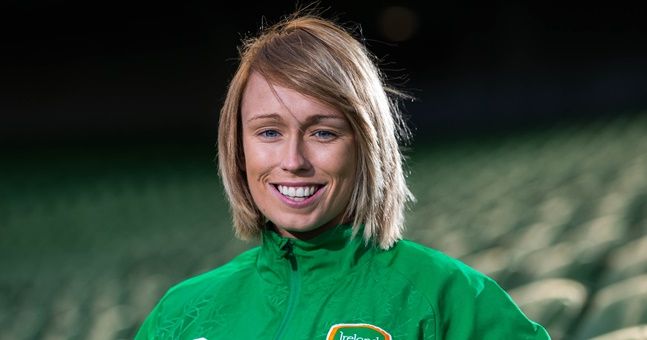 Stephanie Roche (born 13 June 1989) is an Irish footballer who plays as a striker for Sunderland Ladies and the Republic of Ireland women's national football team. Her October 2013 goal in the WNL for Peamount United was the runner-up for the 2014FIFA Puskás Award for the best goal of the year.

Roche scored an acclaimed goal for Peamount against Wexford Youths in October 2013 which went viral on YouTube and brought her international attention.[10][11] It was her first goal of the WNL season and was uploaded to the internet by team manager Eileen Gleeson as the matches are not televised.[12] Roche was glad it was captured for posterity: "It’s just good for us now to get that on camera, it gives the Women’s National League a bit of publicity as well as girl’s football in Ireland, and I’m happy to be a part of that as well."