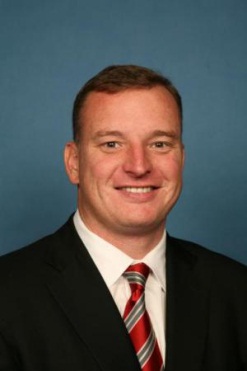 Congressman Rooney was first elected to the House of Representatives in 2008 to represent Florida’s 17th district. He also serves as the Deputy Whip for the Majority.

Hailing from Pennsylvania, Thomas Rooney’s family set up their home in Florida when he was 14. Congressman Rooney played football for Syracuse University and Washington & Jefferson College where he earned his BA in English Literature. Once he received his BA Congressman Rooney worked for Senator Connie Mack in Washington, DC. With his interest in politics piqued, he returned to Florida to complete a Masters in Political Science while also earning his JD at the University of Miami school of Law.

After finishing his education Congressman Rooney joined the US Army JAG corps where he spent over four years on active duty. He completed his time holding the rank of Captain.