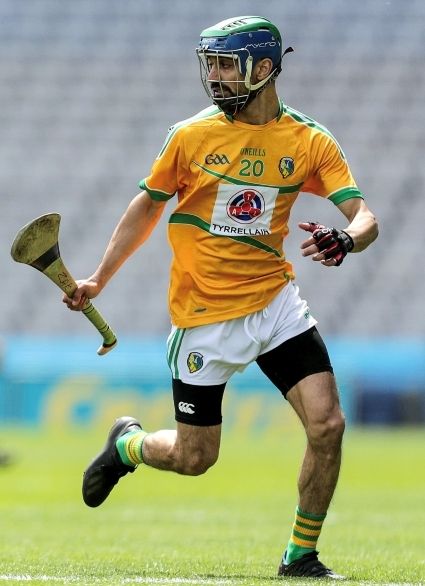 Zemnako "Zak" Moradi, born in 1991, is a Kurdish and Irish hurler who plays as a left corner-forward for the Leitrim senior team.

Born in Ramadi, Iraq, Moradi and his family relocated to Carrick-on-Shannon, Ireland in 2002. He first played competitive hurling at juvenile and underage levels with the St. Mary's Kiltoghert club. After moving to Dublin, Zak joined the Thomas Davis GAA club.

Zak made his debut on the inter-county scene when he joined the Leitrim senior team in 2012. Since then he has become a regular member of the starting fifteen. In 2016 Moradi was included on the Lory Meagher Cup Champions 15. In June 2019, he was part of the Leitrim team that won the 2019 Lory Meagher Cup after a 2–23 to 2–22 win against Lancashire at Croke Park.

Growing up in Iraq, Zak's first love was soccer. "There wasn't much sport around at the time, it was a dictatorship country and we couldn't even afford a football." While he tried various sports in Leitrim, the community spirit of Gaelic games appealed most and he is proud to represent the sport's rich and growing diversity. "Sport brings everyone together. The GAA is like a family" he has said.