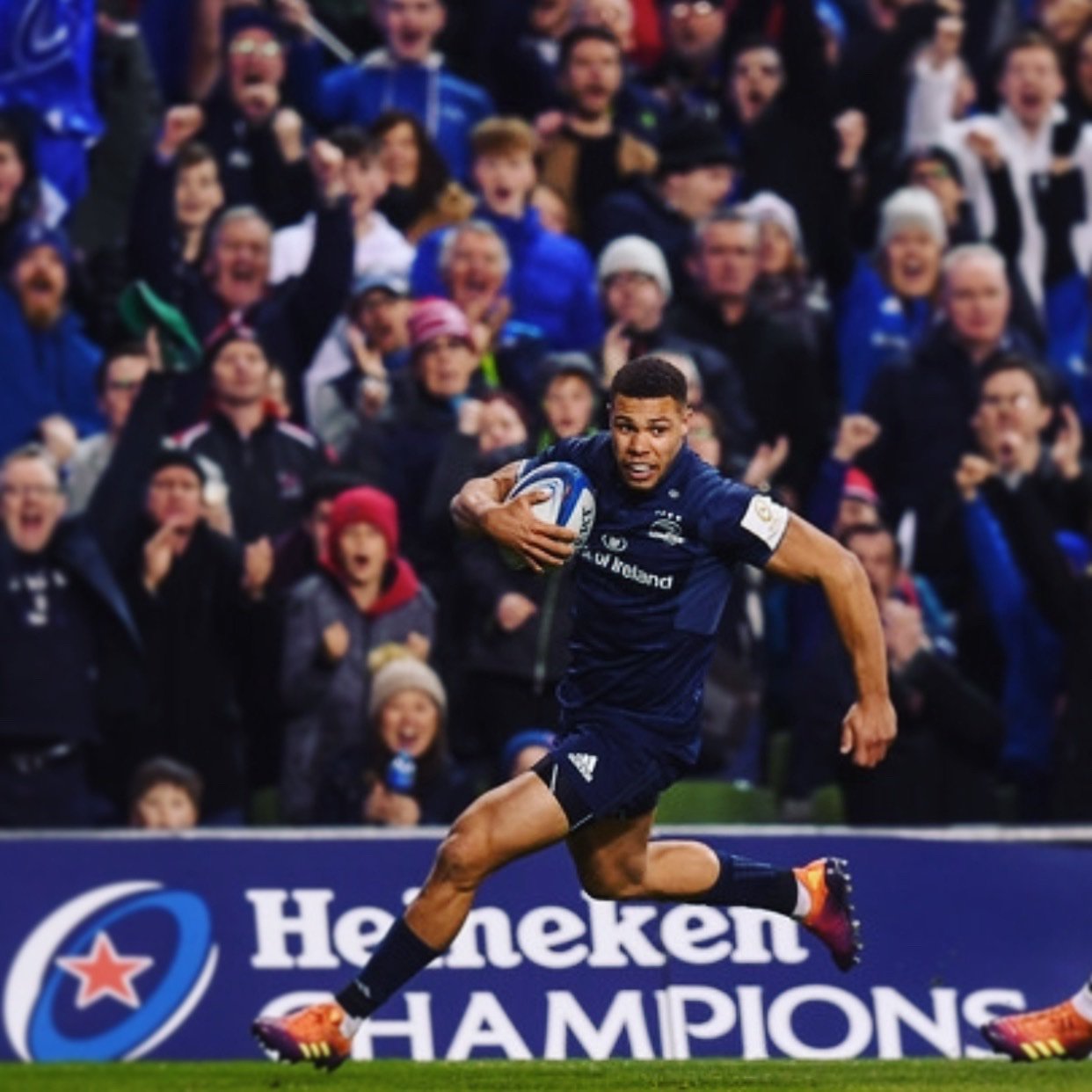 Adam Byrne is a professional Irish rugby player for Leinster Rugby.  Adam made his Leinster senior debut on 29 December 2012 at the age of just 18, making him the youngest ever player to play for Leinster. He holds a Masters Degree in Biomedical Engineering from UCD.

Adam played as winger for UCD and capped by Leinster at U18,U20, Leinster A and is now an integral part of the senior squad.

Adam was an Ireland Under 18 and Under 20 squad member and on 26 October 2017, he was named in the extended Ireland national rugby union team squad for the Autumn internationals. adam made his debut against Argentina on 25 November 2017, starting as a winger and ending the game as a centre.

Adam has said “ I’ve never been prouder in my life than when I represented Ireland, firstly at underage and eventually at senior level, To wear the green jersey and sing the national anthem is something I’ll never, ever forget”.