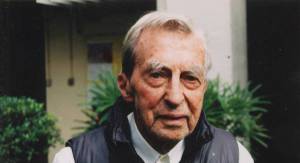 Father Joseph Mallin was just two years old when along with his mother he visited his father, Michael, at Kilmainham Gaol. As second in command of the Irish Citizen Army, Michael Mallin was one of the leaders of the 1916 rising and second-in-command to James Connolly, signature of the 1916 proclamation.

While in Kilmainham, on May 8, 1916, Michael wrote to his family, telling his baby son: “Joseph, my little man, be a priest if you can.”

Joseph became a priest. He was living in Hong Kong when he turned 100 in 2013. There he worked at the Wah Yan College, a Roman Catholic secondary school for boys run by the Society of Jesus, Ireland.

Michael Mallin was survived by his wife Agnes, his three sons (including Joseph) and two daughters, the youngest of which was not born until four months after his death.