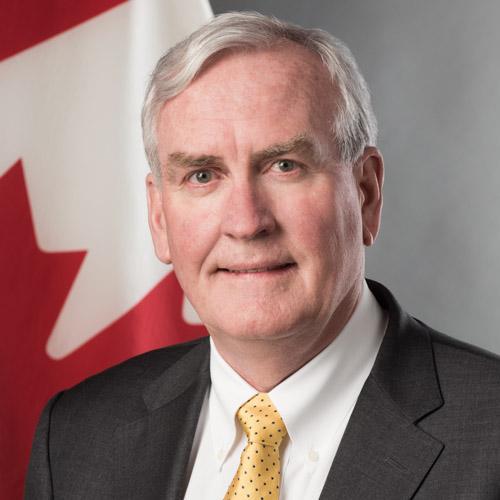 Ambassador Kevin Vickers has had a long distinguished career in service of the Canadian government. Born in New Brunswick to middle class parents of Irish heritage, he attended St. Francis Xavier University and the University of Calgary. After leaving school, Ambassador Vickers first served his country as a member of the Royal Canadian Mountain Police for over 29 years, eventually leaving the service as Chief Superintendent.

He then went on to become the Director of Security Operation in the Canadian House of Commons in 2006, being appointed as the Sergeant At Arms. He gained international notoriety in 2014 when he stopped Michael Zehaf-Bibeau in the Parliament Hill attack, ending the shooting spree after fatally injuring Zehaf-Bibeau.

He left the House of Commons at the beginning of 2015 as a hero, with much praise and numerous accolades from both foreign and domestic individuals. His newest role saw him assume position as the ambassador to Ireland, where we look forward to many prosperous years of friendship.