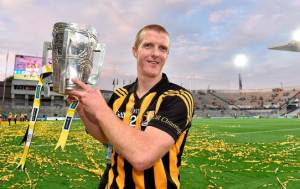 Henry Shefflin is the only player in the history of the GAA to win ten All-Ireland championship medals. A native of Ballyhalle, he was one of a family of children with a strong sporting background, notably in hurling. Shefflin first excelled at hurling whilst at school for St. Kieran’s College, and in 1996 won his first Leinster title.

He made his senior debut wearing the black and amber of Kilkenny in 1999. Shefflin and his teammates were on a winning streak which has put them shoulder to shoulder with the best teams the GAA has ever seen.

He also holds twelve Leinster Senior Championship winning medals, along with five National Hurling League winners’ medals. Not to mention 11 All-Stars to his name. He retired from inter-county hurling in early 2015.