Commemorative Plaque in the Washington Monument 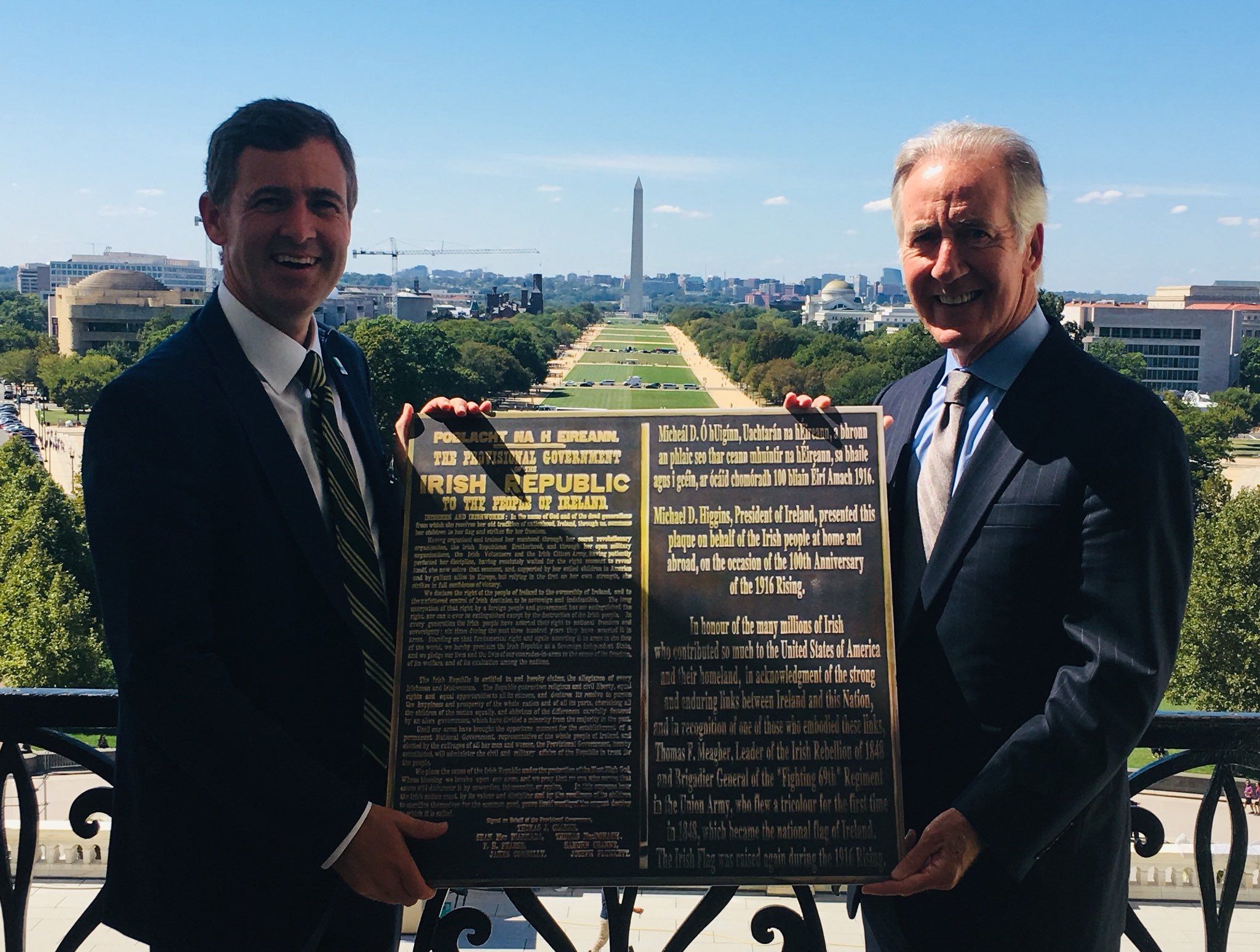 On September 19th, a plaque from the President of Ireland commemorating the 1916 Proclamation was dedicated and placed in the Washington Monument. The plaque is identical to its twin in the GPO, and includes mention of Thomas F. Meagher as one of the key links between Ireland and America through his role as Brigadier General of the 'Fighting 69th' Regiment in the Union Army.

The installation of the plaque in the Washington Monument will serve as a permanent homage to not only the 1916 Proclamation and Irish-American relations, but also to Thomas F. Meagher and the message of peace and unity he intended for the Irish Flag to represent. A project as important as this one would not have been possible without the support of groups including Navillus, the American construction company responsible for building the 9/11 Memorial in New York City. We're extremely grateful to everyone who contributed to the installation of the plaque.