2014 Flag Ceremony for all City and County Councils

The presentation took place at the 1848 Tricolour Celebration on the 1,100th anniversary of the City to every Mayor and Chairperson of all City and County Councils in the State for display in their Council Chambers. A school from each county were also presented with a Tricolour to mark the occasion. 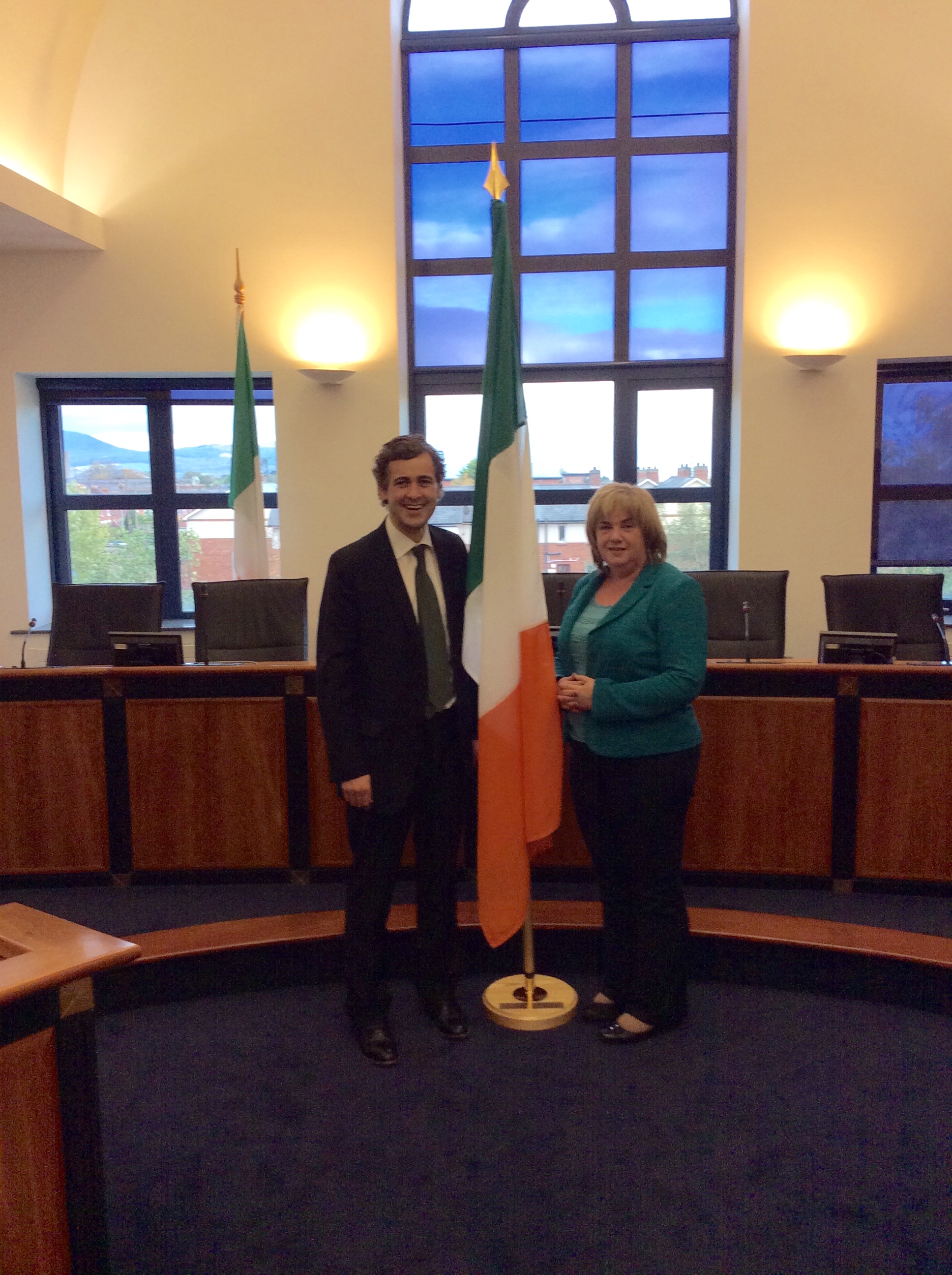 Presented in conjunction with the Thomas F. Meagher foundation at the 1848 Tricolour Celebrations 2014, by the Mayor of Waterford City Councillor John Cummins on the 1,100 anniversary of the founding of the city. This flag was presented to Joan Martin, Chief Executive, Louth County Council by Senator Mark Daly.

Here you can find some pictures of the current displays of the Irish Flag at different County Chambers: