Learn more about our National Flag

On the 7th of March 1848, Thomas Francis Meagher flew a Tricolour flag at the Wolf Tone Club in Waterford City, where it flew continuously for eight days and nights before being removed by the authorities. On that same day a Tricolour was also raised in a procession to the historic Vinegar Hill in County Wexford. In April, Meagher, as leader of the Young Irelanders, brought the Tricolour presented to him in Paris to a Dublin meeting.

‘The white in the centre signified a lasting truce between Orange and Green. I trust that beneath its folds the hands of the Irish Catholic and the Irish Protestant may be clasped in generous and heroic brotherhood.’

At that same meeting in Dublin, John Mitchel, referring to the flag, said: ‘I hope to see that flag one day waving, as our national banner’. Although the Tricolour was not forgotten as a symbol of a hoped-for union and a banner associated with the Young Irelanders and revolution, it was rarely used between 1848 and 1916. Even leading up to the eve of the Rising in 1916, the Green Flag and Harp held indisputable sway.

The Tricolour was flown during the 1916 Rising and captured the national imagination as the banner of the new Ireland. President of Ireland Sean T. O’Kelly, who was a staff officer in the Volunteers was tasked by James Connolly, one of the signatories of the Proclamation, with raising a Tricolour over the GPO. 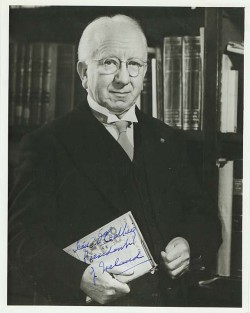 Just as with the first flying of the flag by Thomas F. Meagher the Tricolour flew continuously for 7 days and nights, over the GPO for the entire duration of the Rising. After the Rising it became accepted throughout the country as the National Flag. The flag continued to be used officially from 1922 to 1937. Its position as The National Flag was formally confirmed by Article 7 of the new Constitution, which states:

‘The national flag is the Tricolour of green, white and orange’.

To learn more about the Irish flag, please follow the link below.